Darwins Barberry, (Berberis darwinii) from Chile is an evergreen which fruits in mid Summer. It was introduced as an ornamental in Britain but sometimes found as an escapee. In New Zealand it is classed as an invasive species.

Over here the plant is widely used as ground-cover in urban landscaping projects and can be found, for instance, in the borders of supermarket car-parks. Because of its rather spikey quality (using a berry picker is very quick and easy though) and its many pips it is often overlooked by foragers. However it is quite edible and makes a rather good jam once the pips have been discarded. Similarly, our indigenous Barberry and also the Oregon Grape can both be used to make jellies. 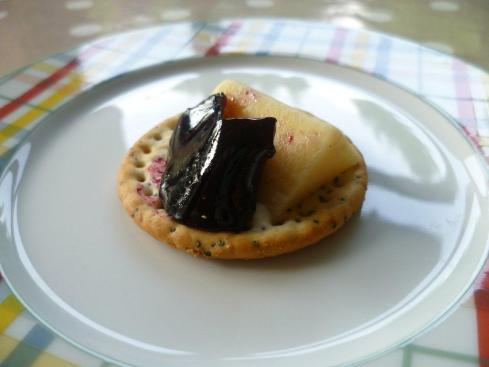 This barberry pruduces an abundance of acid berries that were not only used to make jellies but whole bunches were traditionally preserved in syrup or even candied.  They are quite acid to eat raw but can also be cooked in pies and tarts and used to make refreshing drinks.

The jelly itself is very dark and tastes of blackcurrant but with a bitter edge to it making it more suited to cheeses and cold cuts.

It has clusters of tiny orange bell shaped flowers and leaves like mini holly. When it is in fruit the berries are dark blue-black with a distinctive bloom on them – making ID reasonably straightforward. 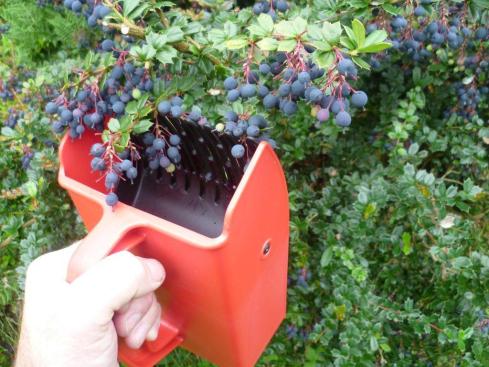 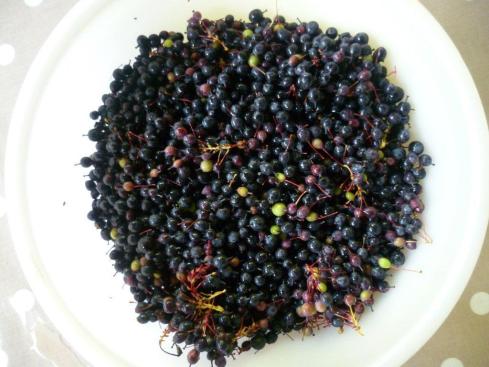 This entry was posted on Saturday, July 21st, 2012 at 8:48 am and posted in cooking, foraging. You can follow any responses to this entry through the RSS 2.0 feed.
« bilberry jam
lime tree tea »